On May 15, the new 2022 Mushroom Art Card set is available for purchase. A project by Metchosin Foundation and Metchosin ArtPod, the boxed set of 36 heavy-cardstock 4″ X 6″ cards features the work of three dozen (mostly local) artists on the card faces.

The cards depict locally common mushrooms. On the back of each card is a description of the mushroom by the authors of the new Mushrooms of British Columbia. More information about the cards is on the Metchosin Biodiversity site. 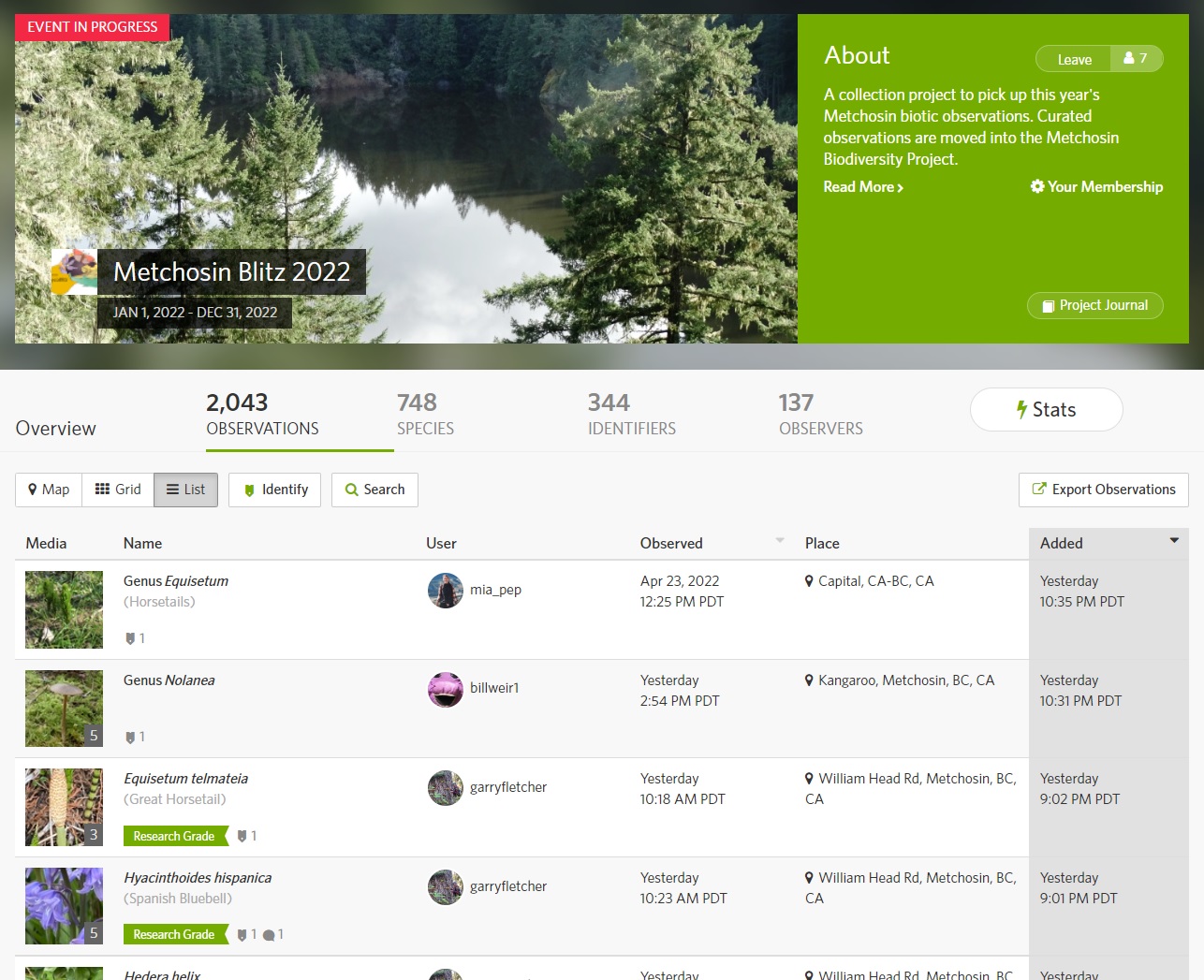 The 2022 Metchosin species count has started. You can track the ongoing count on its iNaturalist page. In the first four months of the year, about 130 observers made 2000 observations of 750 different species.

These four months of observations added 45 new species to the Metchosin species count, bringing the total to 3325.

Hundreds of identifiers from all over the world chipped in to help observers decide what they had found. For an example of the sort of dialogue that goes on, see the discussion triggered by Finn McGhee’s discovery of dead bird along the Tower Point waterfront. After much back-and-forth, experts decided that it was a Turkey Vulture (well, ex-vulture).  For an example of the simple beauty that can be found in these observations, see the snaps of the Mountain Lady Beetle. Not all the observations in these four months were visual–some animals (the Pacific Tree Frog, for example) can be identified by sound alone. Nor are all of the observations made in wilderness areas–James Miskelly found a bit of the wild, a Pine Trogossitid Beetle, had invaded his house. On April 23, the South Vancouver Island Mycological Society hosted a foray in Metchosin that found 27 species of mushrooms–one species for each person on the foray.

The count will be going on all year, with lots happening almost every day. Just yesterday (May 3), eight people added 30 observations to the 2022 Metchosin iNaturalist project. To be part of it, all you have to do is grab your camera or smartphone and head outdoors.  This is citizen science, as described in a recent edition of The Narwhal.