The regular events of the fall Metchosin MycoBlitz didn’t happen in this pandemic year. Still, we managed an inventory of sorts. We set up a site on iNaturalist that gathered in all iNaturalist fungi observations (includes lichen observations) made within the bounds of the District of Metchosin from the beginning of September to the 9th of December.

In this period, we accumulated 561 observations from 44 different observers. These observations represent about 230 distinct species. Interestingly, this represents more observations and species of fungi that we typically have in our one-day non-pandemic MycoBlitzes. 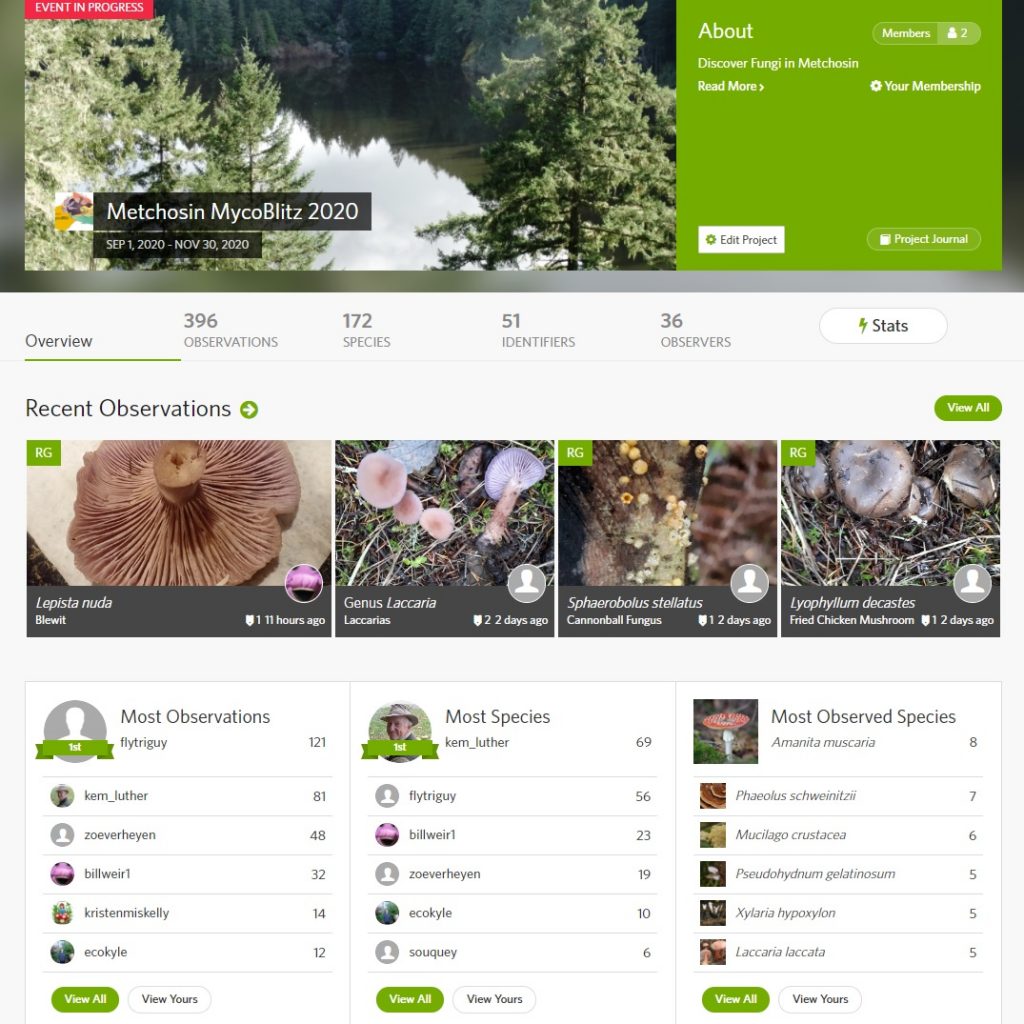 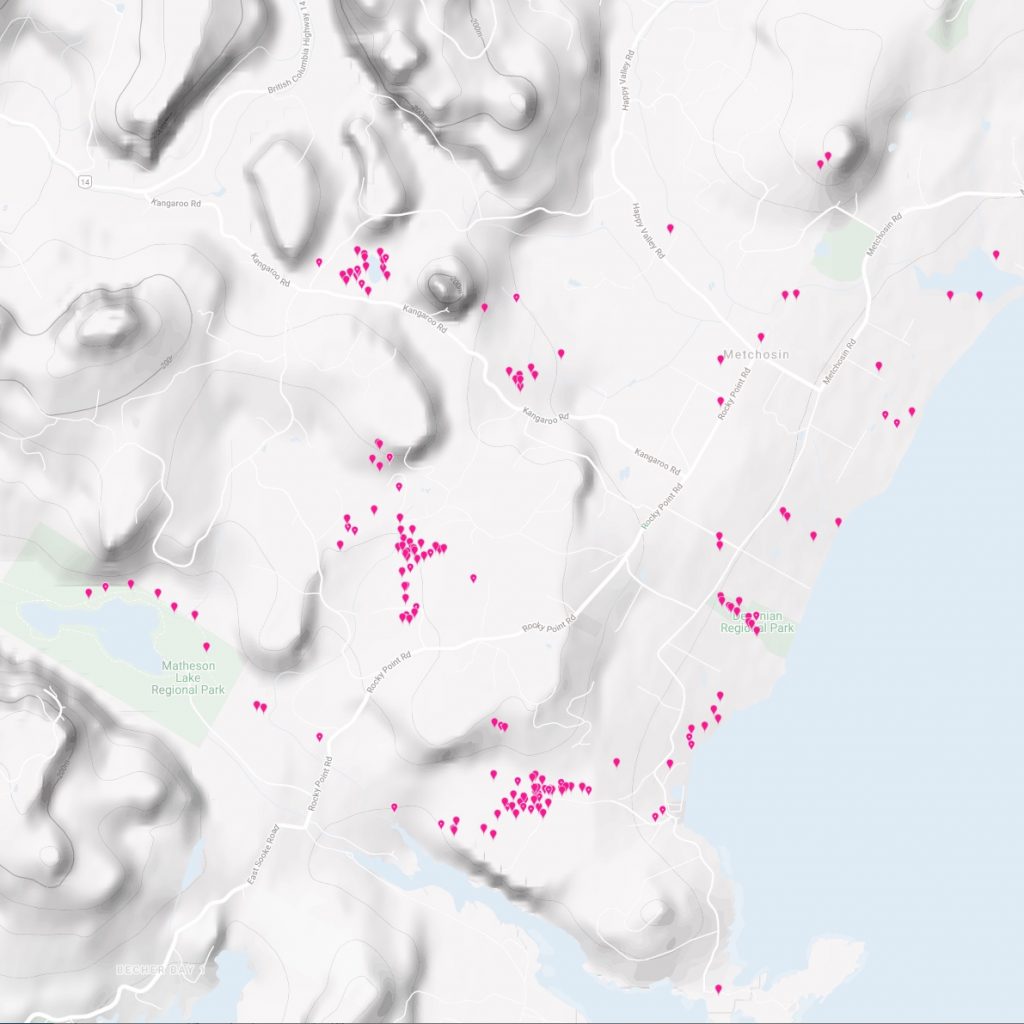 About 10 of these fungal species were new to the database, When these new ones were added to other non-fungal 2020 iNaturalist observations from Metchosin, our species count increased by over a hundred this year–we now have more than 2920 species in our Metchosin count (with 860 being fungi and lichens).

You can view the iNaturalist site for the Metchosin Biodiversity Project here.

At the right (or below) is a gallery of photos from the 2020 Metchosin virtual MycoBlitz. Select the gallery to begin the slide show.