The Talk part of the Talk and Walk on the Friday evening was, by long tradition, a presentation about fungi. Andy MacKinnon delighted the audience gathered in the Council Chambers tales of faery. Elves, fairies, and witches lend their names and stories to many of our fungal fructifications.

Because of a scheduling conflict with the annual SVIMS mushroom show, the mushroom inventory part of the MycoBlitz was truncated to Saturday morning, November 5. The collected mushrooms, instead of being identified and exhibited in Metchosin, were ferried to the SVIMS show for the Sunday event.

Because of the weak mushroom season–lack of rain led to the poorest mushroom production in living memory–the teams struggled to find mushrooms. Almost no mycorrhizal mushrooms were collected–almost all of the fruiting bodies belonged to decomposers. Nevertheless, searchers ferreted out at least 27 different species. The species were recorded on the Metchosin Biodiversity Project’s iNaturalist site. One of these–the Western Alder Tongue, a parasite on the female cones of Red Alders–was a new species for the District, bringing the current total for the Metchosin species count to 3402. 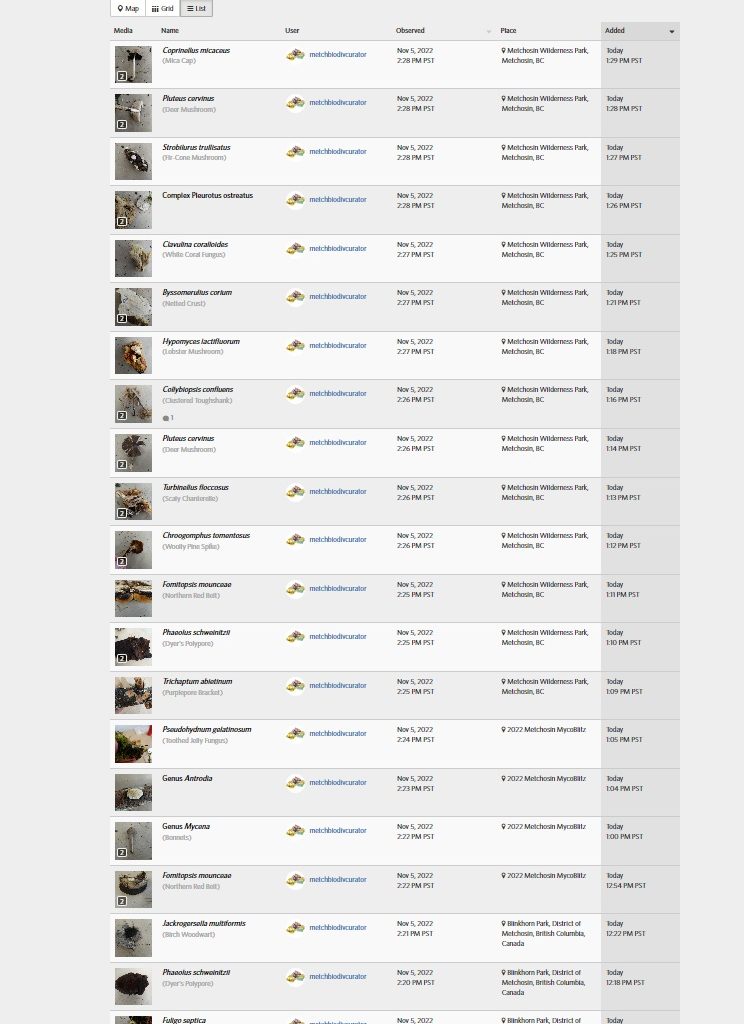